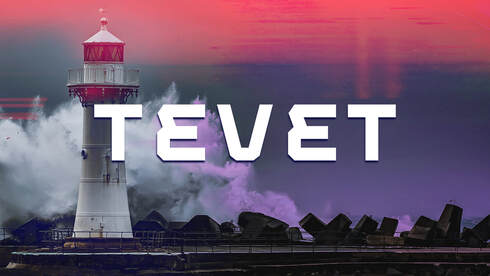 ​Blessings for the Hebrew Month of Tevet

The Tenth Hebrew Month of 5782
December 5, 2021 - January 2, 2022
​
​
Time to Mature:
Put On the Crown and Rule with Him​
1. Coronation, or receiving the crown—This whole season of COVID has been a time for the ekklesia to be coronated—to actually begin to rule. Note the historical correlations—on Tevet 1 (BCE 479), Esther was taken to the king’s palace, and on Tevet 10 she was chosen to be queen. Be sure to shift your thinking. Receive the crown the Lord has for you. Be a ruler with Him. Revelation 1:6 states, “[He] has made us kings and priests to His God and Father” (Rev. 1:6).

Be sure to take note of the word ekklesia (church). It is a secular term well known by the people of Jesus’s day. The ekklesia of a city was the ruling, governing group of citizens. By calling us His ekklesia, Jesus intended that we have influence and be rulers for the kingdom of God in the marketplaces of our neighborhoods, cities, and nations. Jesus promised to be with us, and thus we have His authority. Therefore, rise up and wear the crown.

2. Month of the tribe of Dan—Means to judge; to grow up and mature. See Genesis 49:16–18 [1]. Samson came from the tribe of Dan (see Judges 13). Samson didn’t mature and therefore failed to reach his potential. In Revelation 7, the tribe of Dan isn’t listed with the other tribes. It seems to have disappeared from history. We cannot expect to use “immaturity” as an excuse forever.

But despite the sadness of Samson’s failure, there is a positive—and perhaps prophetic—picture. Just as Samson killed more of the enemy in his final act than in all his previous years (Judg. 16:30 [2]), we too can expect more harvest than ever before as God rapidly matures us. In just one day, Samson—repentant and relying on God—achieved more than he had in his whole lifetime. What a picture of end-time harvest! In just a short period of time, there will be greater harvest than all the harvest since the Day of Pentecost in Acts 2 until now.

3. Samson’s weakness was basically an inability to say no to his flesh—he put his fleshly desires above his vows and calling. As a Nazarite, he was to never cut his hair or eat anything unclean (see Judges 13:4–5 [3]). Eating honey from a lion’s carcass broke that vow (14:9) [4]. Also, he should have run from Delilah, but his flesh kept him coming back. Gradually she wore him down and he revealed the source of his strength—that he was a Nazarite whose hair had never been shaved (see Judges 16:10–21). His great gifting didn’t have the impact it could have. Say, “Lord, I choose to deal with my flesh and immaturities. I choose to walk in sync with You.”

4. A month to fast—It was on Tevet 10 in 588 BCE that Nebuchadnezzar II began the siege of Jerusalem (2 Kings 25:1 [5]). We know this was a culmination of Israel’s long ignoring/breaking of their covenant with God and their rebellion against Him. The enemy always wants to besiege us. Fasting helps us to be watchful—to focus on the Lord and to keep aligned with Him. This year, Tevet 10 falls on December 14.

5. Ending of Hanukkah (Nov. 29–Dec. 6)—In the midst of destruction there is mercy. This festival means “the light will not go out.” In the second century BCE, the enemy did their best to desecrate the temple, but the Jews fought back and rededicated it. This was followed by the miracle of the oil for the temple lamp not running out. They had enough oil for one day, but it lasted for eight days. This is an incredible prophetic picture of hope and encouragement for all of us. No matter what the enemy does, God will come through and help us. He will provide the oil of the Holy Spirit so we can keep shining as “lights of the world” (John 8:12).

7. A month to war with the evil eye and to break the power of evil watchers (if you don’t break that power, it will try to manipulate you). The evil-eye structure is embedded in our culture. It allows us to be manipulated by evil spirits. In Acts 13, Barnabas and Paul were hindered by Elymas the sorcerer. Paul prayed, and the Lord struck Elymas with blindness. Similarly, we can pray and ask the Lord to close the eyes of the enemy so we aren’t hindered. In 2 Kings 6:17–18 [6], Elisha prayed for the eyes of his servant to be opened. That servant was then able to see the angelic army protecting them. Elisha prayed again and the enemy army was blinded.

8. Pray for our leaders—In 1 Timothy 2:2, Paul exhorts us to pray “for kings and all who are in authority.” Many strategies begin to be released at this time, as well as in April and July. God gives us people to lead and guide. We need to pray for them. A good leader will give us revelation. Be sure to pray for your spiritual covering, as well as for the political leaders of your nation.

9. Review your education or what is initiating you into your next phase. Sign up for a course or get some sort of training if you need it. Make sure you are advancing and moving ahead following the leading of the Holy Spirit.

10. Be angry but sin not—Anger itself isn’t necessarily a sin, but we have to be careful not to let it control us, as it can easily lead to sin. It rose up in Cain and he murdered his brother Abel (Gen. 4:5–8) [7]. In Ephesians 4:26–27 [8], we see anger is equated with being demonized. Note the suddenness of anger. If we don’t learn to process anger properly so our emotions are under control of the Holy Spirit, we will erupt and fail when the test comes. “Be angry and sin not” (Eph. 4:26). Get over your anger before nightfall. God will give you the opportunity. So when you have time, deal with it. For example, if you are between jobs, then pour the word of God into you and build yourself up.


(This material comes from notes taken from a series of lectures given by Chuck Pierce [Glory of Zion].

[1] “Dan shall judge his people as one of the tribes of Israel. Dan shall be a serpent by the way, a viper by the path, that bites the horse’s heels so that its rider shall fall backward. I have waited for your salvation, O Lord!” (Gen. 49:16–18).

[2] “Then Samson said, ‘Let me die with the Philistines!’ And he pushed with all his might, and the temple fell on the lords and all the people who were in it. So the dead that he killed at his death were more than he had killed in his life” (Judg. 16:30).

[3] “Now therefore, please be careful not to drink wine or similar drink, and not to eat anything unclean. For behold, you shall conceive and bear a son. And no razor shall come upon his head, for the child shall be a Nazirite to God from the womb; and he shall begin to deliver Israel out of the hand of the Philistines” (Judg. 13:4–5).

[4] “He took some of it in his hands and went along, eating. When he came to his father and mother, he gave some to them, and they also ate. But he did not tell them that he had taken the honey out of the carcass of the lion” (Judg. 14:9).

[5] “Now it came to pass in the ninth year of his reign, in the tenth month, on the tenth day of the month, that Nebuchadnezzar king of Babylon and all his army came against Jerusalem and encamped against it; and they built a siege wall against it all around” (2 Kings 25:1).

[6] “And Elisha prayed, and said, ‘Lord, I pray, open his eyes that he may see.’ Then the Lord opened the eyes of the young man, and he saw. And behold, the mountain was full of horses and chariots of fire all around Elisha. So when the Syrians came down to him, Elisha prayed to the Lord, and said, ‘Strike this people, I pray, with blindness.’ And He struck them with blindness according to the word of Elisha” (2 Kings 6:17–18).

[7] “But He did not respect Cain and his offering. And Cain was very angry, and his countenance fell. So the Lord said to Cain, ‘Why are you angry? And why has your countenance fallen? If you do well, will you not be accepted? And if you do not do well, sin lies at the door. And its desire is for you, but you should rule over it.’ Now Cain talked with Abel his brother; and it came to pass, when they were in the field, that Cain rose up against Abel his brother and killed him” (Gen. 4:5–8).