In March of 2014, Miriam took her first missionary trip to India, to help run a workshop for Dalit women and give them vocational skills in tailoring, sewing skills, silk screening and block printing. The work opportunity that ensues helps to lift them out of grinding poverty and abuse and has given these oppressed women of India a hope and a future...

Miriam found favour with and therefore was invited by the Dalit Freedom Network here in BC. Canada, to travel to Hyderabad along with two others ladies. The Dalit people are known as the "untouchables" except when it comes to sex trafficking where the women and children are considered the most desirable and the most abused. They are outside the cast system in India - they are, in fact, "outcasts".

Traveling with Miriam were Abigail Spark and Trina Cairns. They were received and lodged at the Operation Mobilization and Good Shepard School Ministry campus in Hyderabad! We brought the Word every morning from the Psalms of Ascent, we worshiped and we prayed for many deeply wounded women and young girls and also for leaders and office staff who heard about us and came for prayer with their wives and children. One woman brought her 3 daughters, an auntie, two young girls, and a new born baby for prayer and a blessing. Many fell down under the power of the Holy Spirit and the weight of Glory was so heavy during these prayer times. As Trina prayed, we saw the Holy Spirit move so powerfully that many people were healed of sickness and we saw incredible deliverance. I have never seen anything like it before in all my life. Many times we were told that the Lord not only sent us to help these women but to encourage and bless the missionaries and staff there.

The Word the Lord gave to us as we ministered was through Isaiah 61, "The Spirit of the Sovereign Lord is upon me to bind the broken hearted and set the captives free", and that is exactly what He did bringing beauty for ashes, and joy for a spirit of despair. I was so moved when these beautiful sisters of mine sang, "Because He lives I can face tomorrow, because He lives all fear is gone, because I know, I know He holds the future, and life is worth the living because He lives". continue...

We had an opportunity to encourage the worship team and to demonstrate worshiping in the spirit and allow Holy Spirit to have his way. They found it very liberating - it seemed they just needed the permission to let fly. The Lord gave me a prayer strategy for the land, to cleanse and heal the land. I gave it to the Bishop resident on site, since it called for elders and priests of the land to pray. It would be difficult for an Indian man to receive such a thing from a woman. 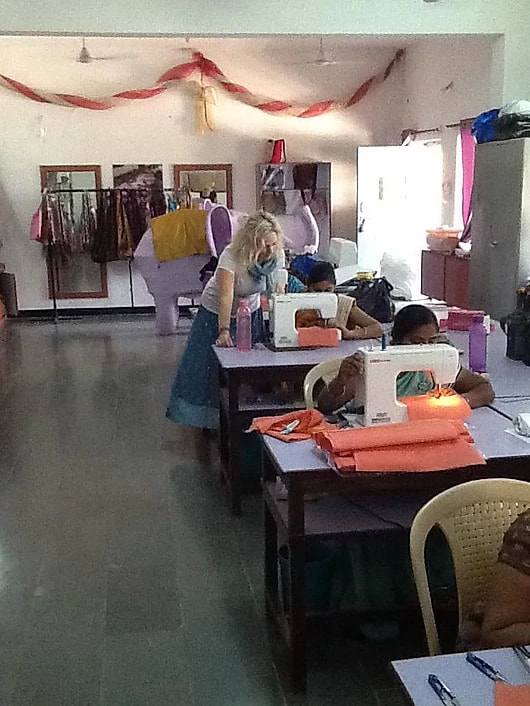 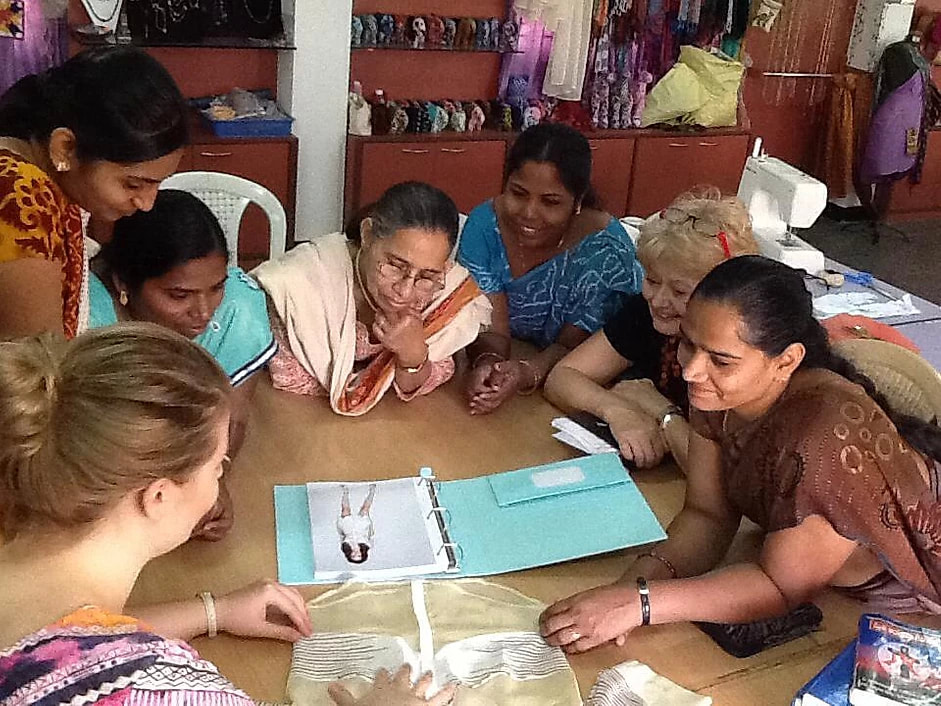 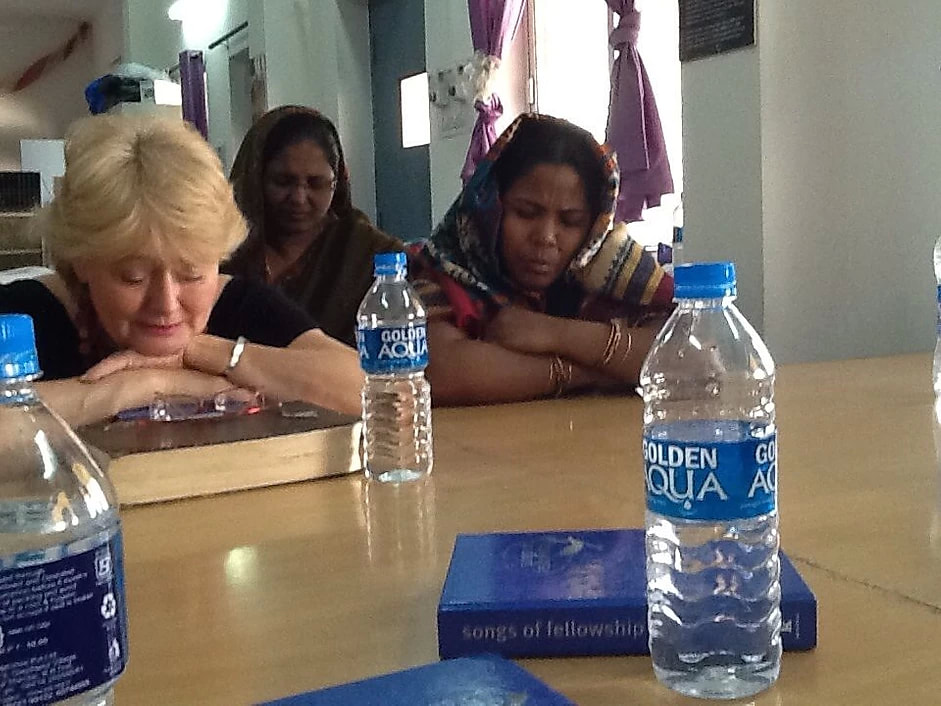 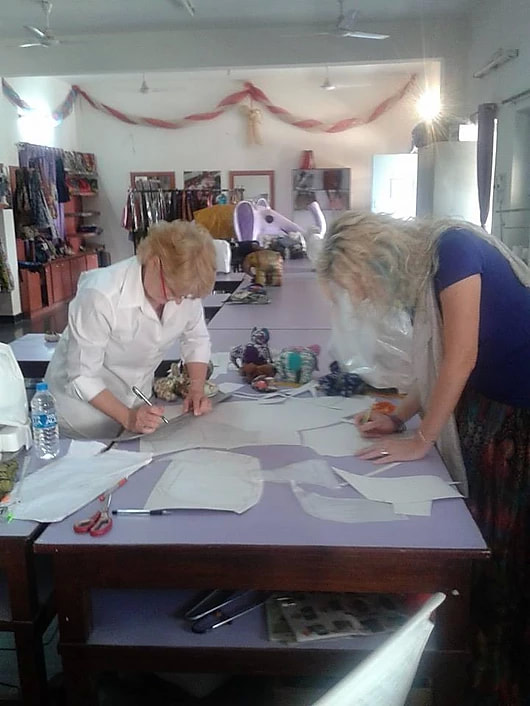 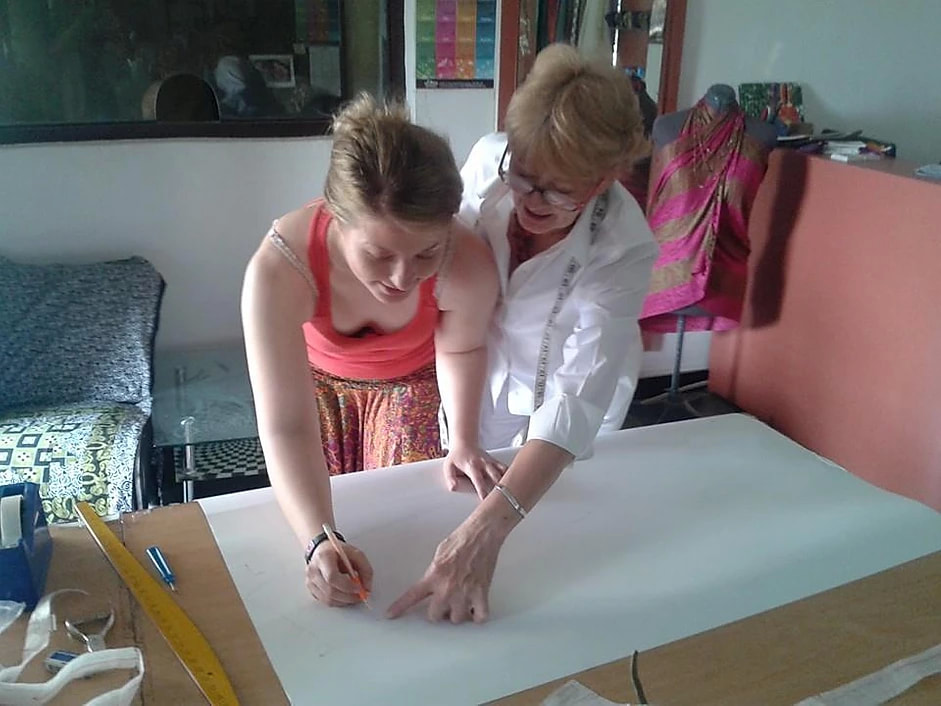 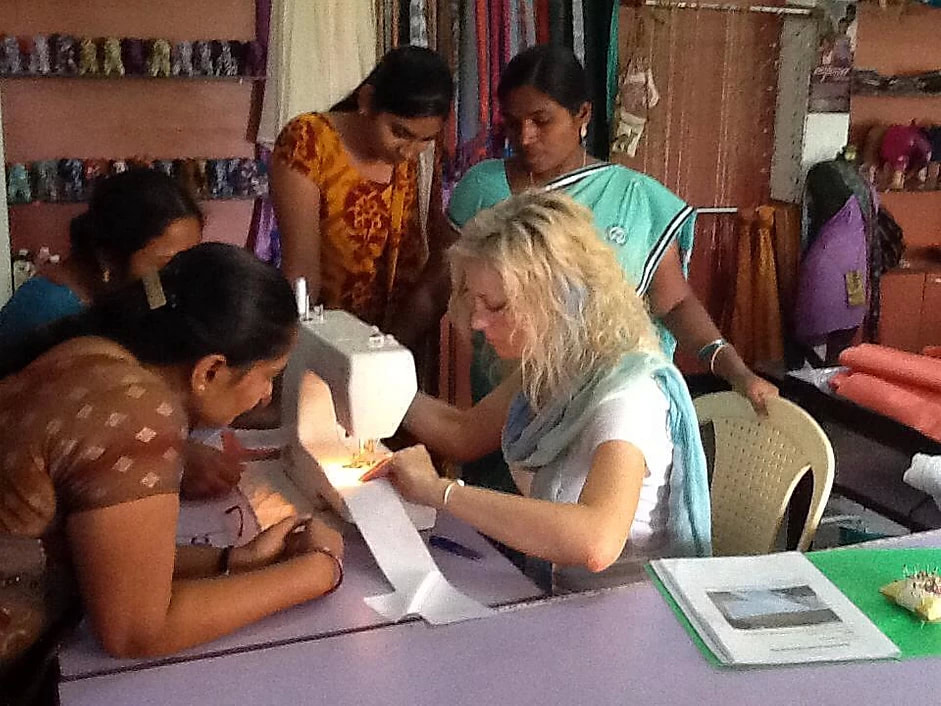 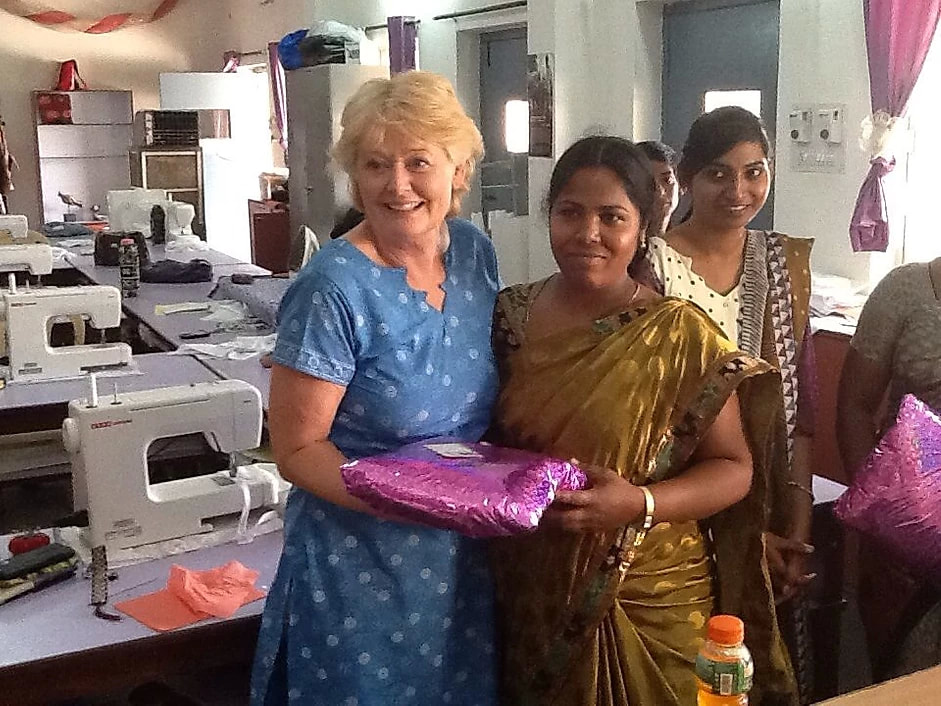 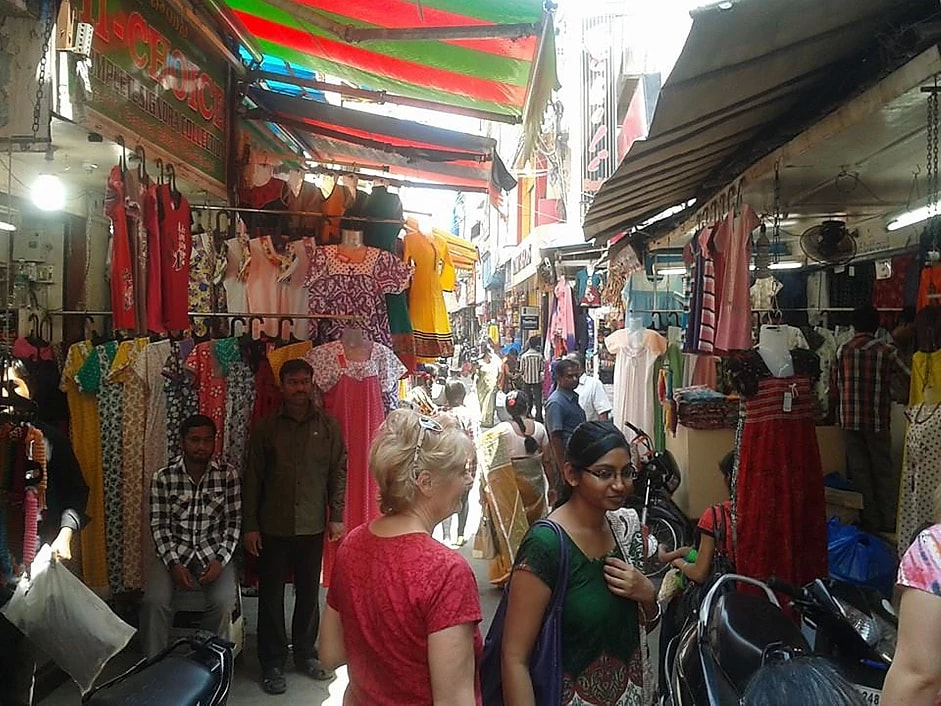 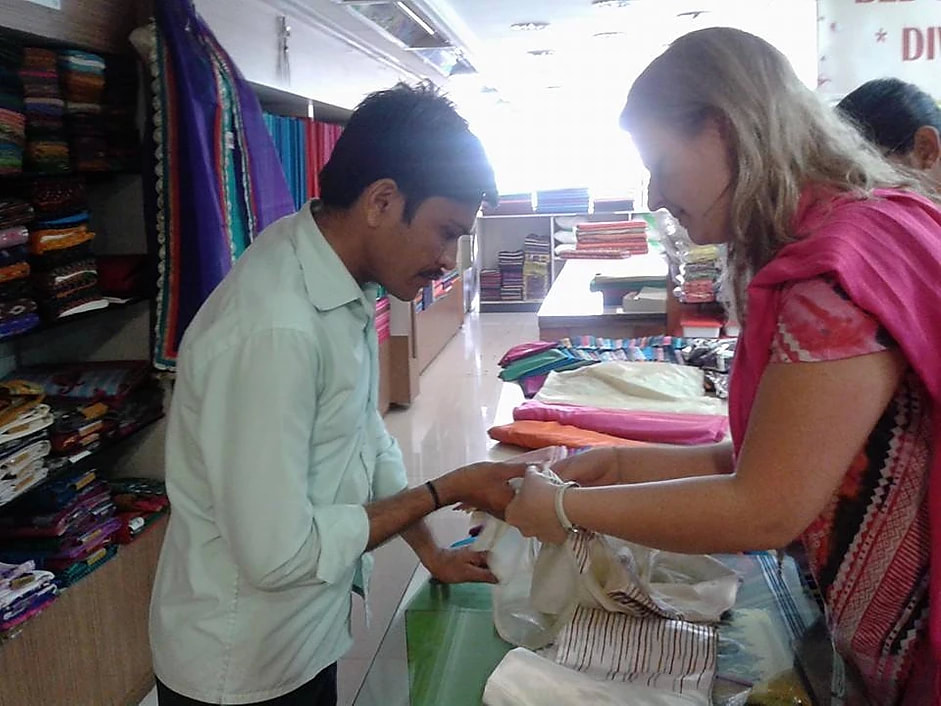 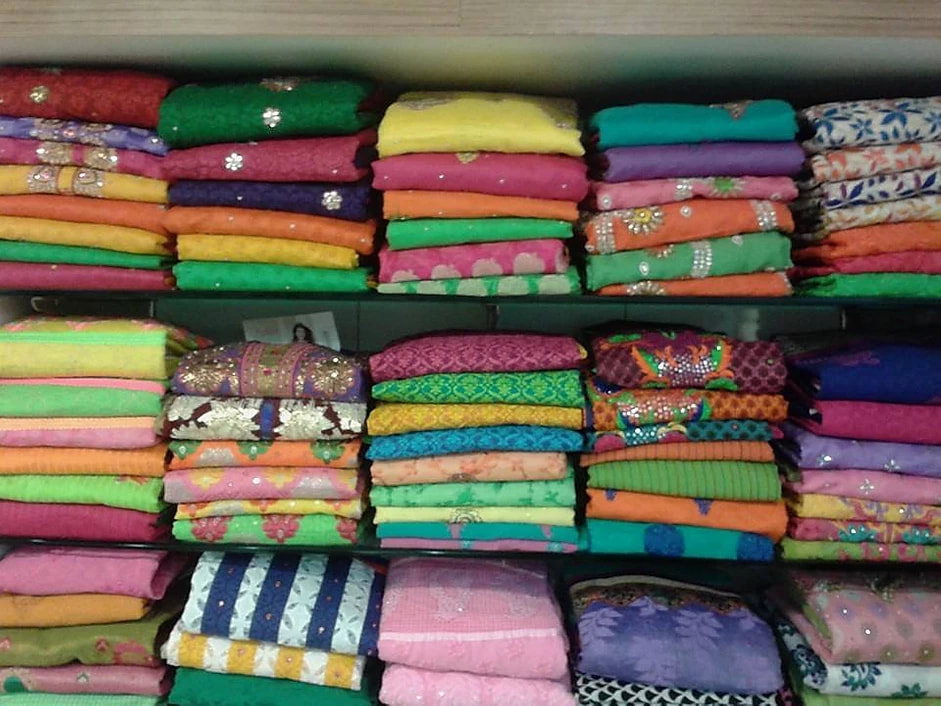 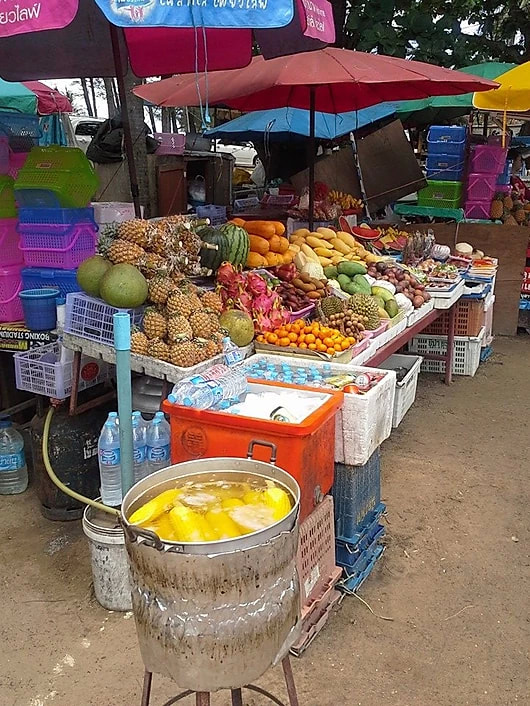 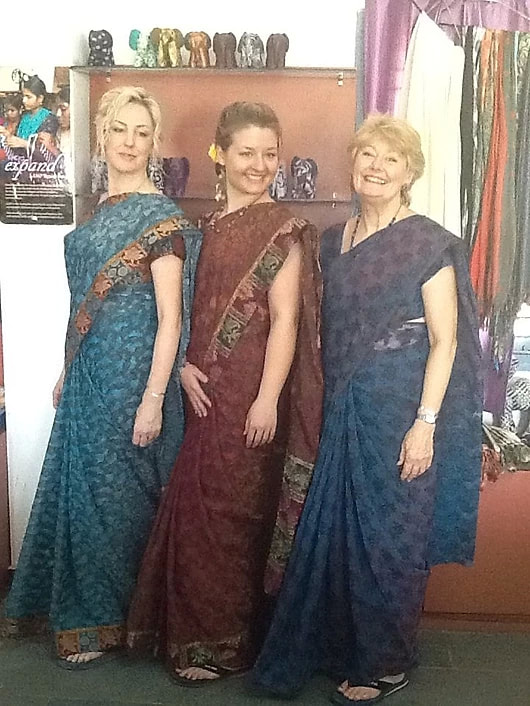 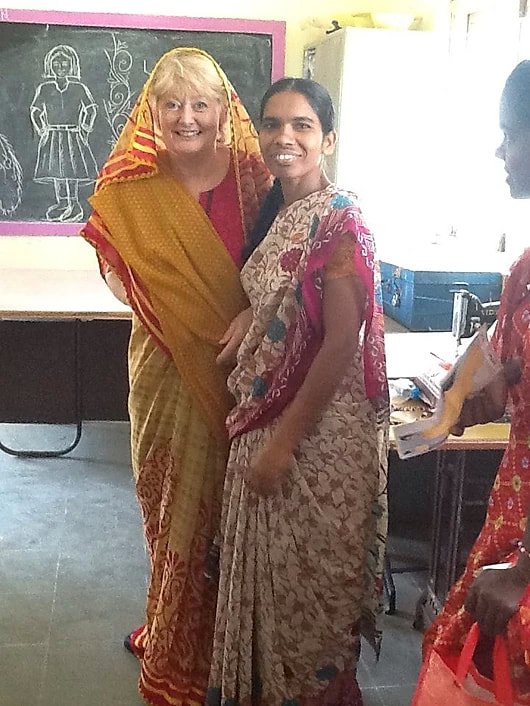 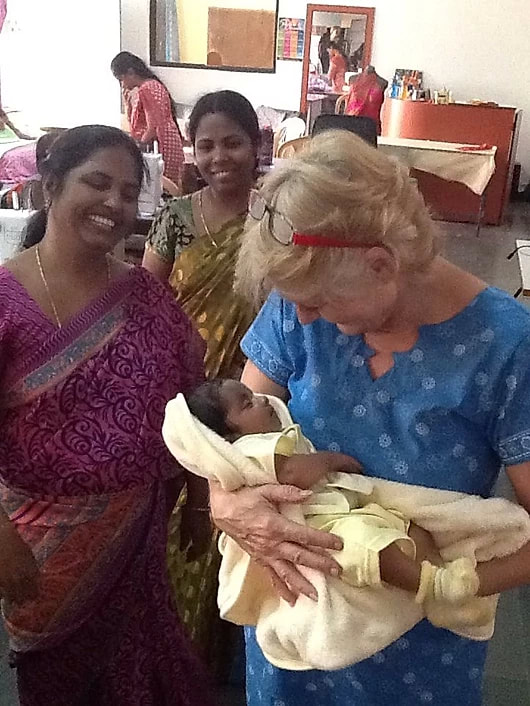 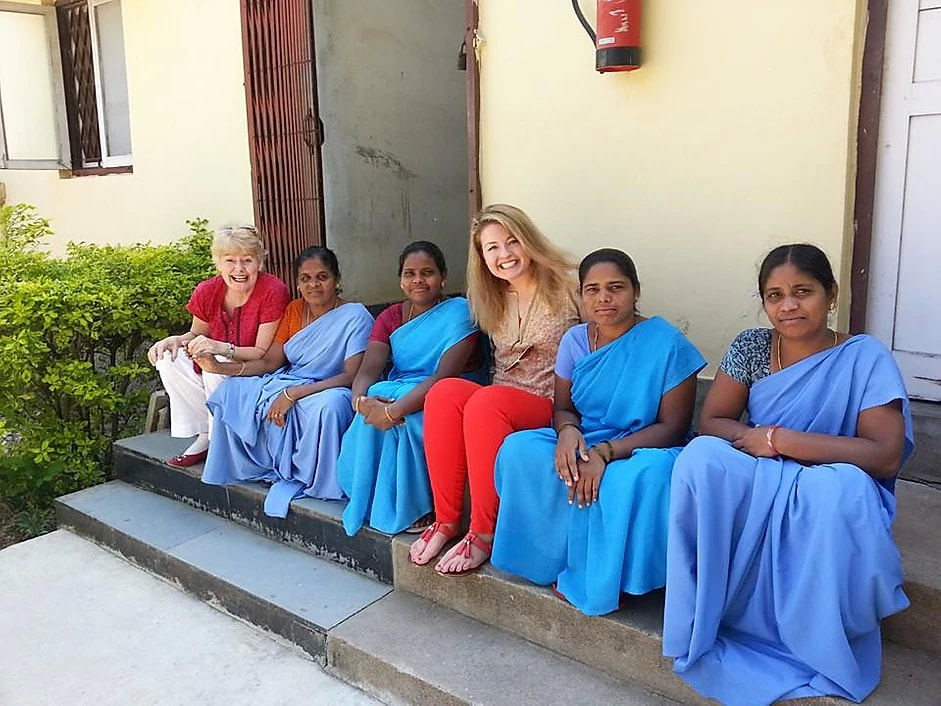 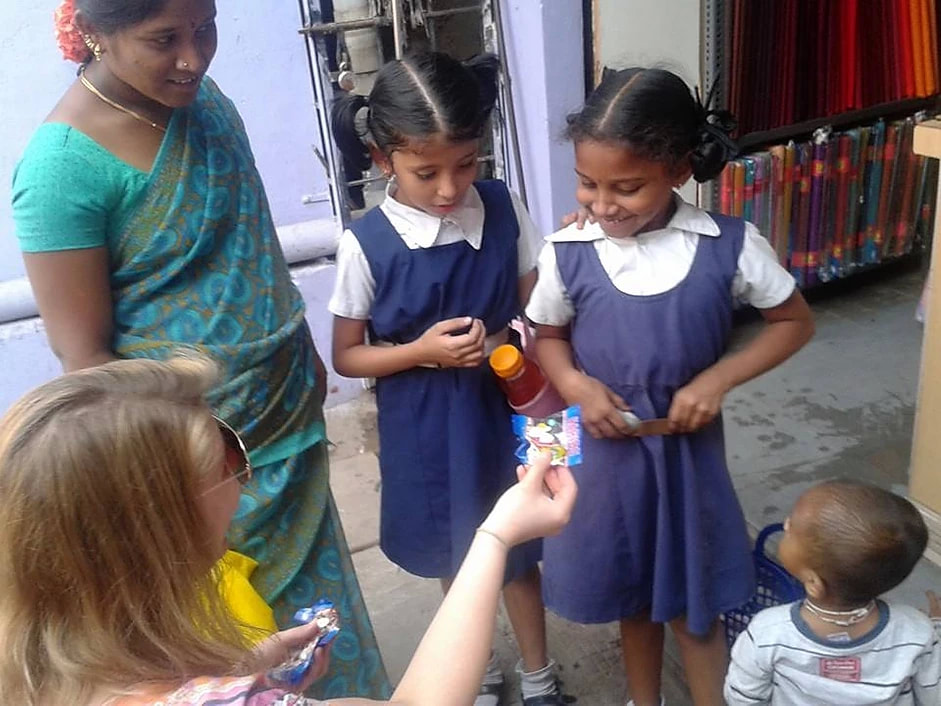 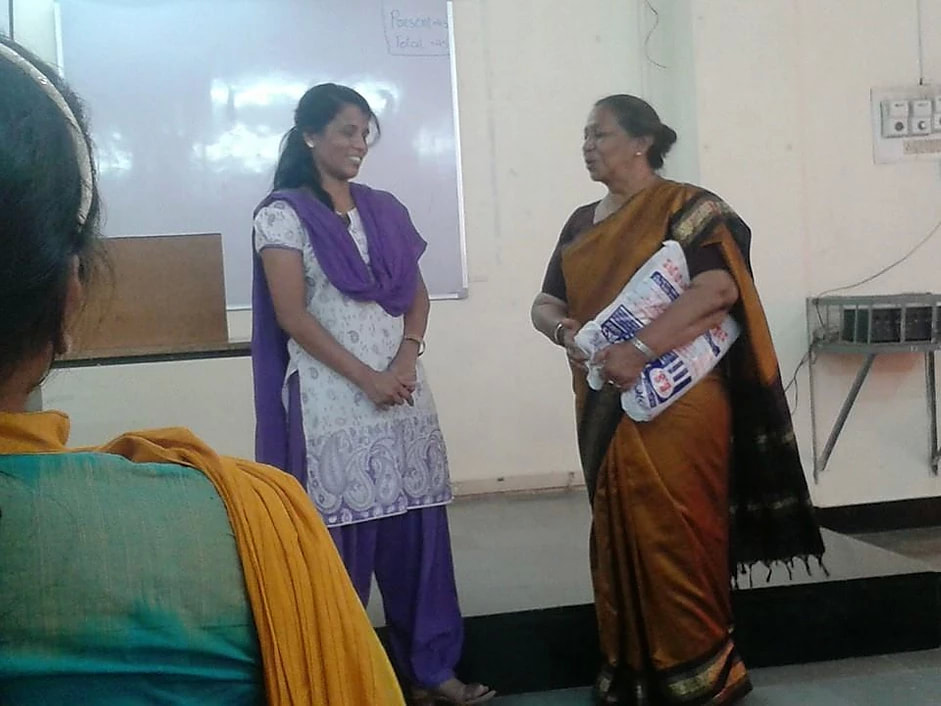 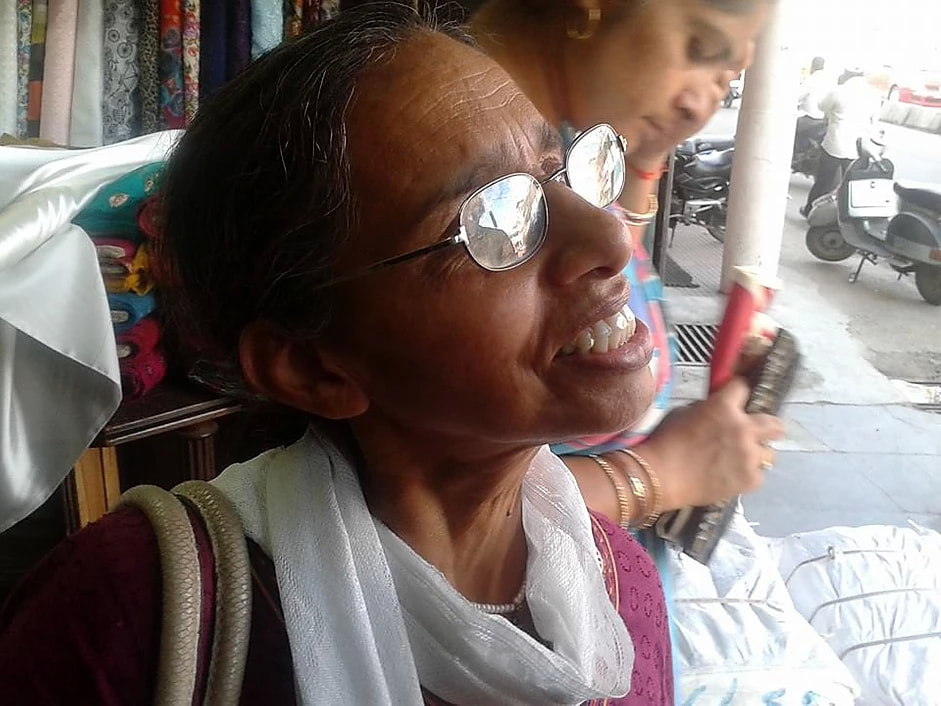 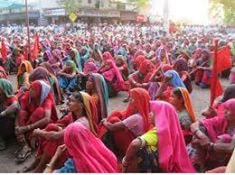 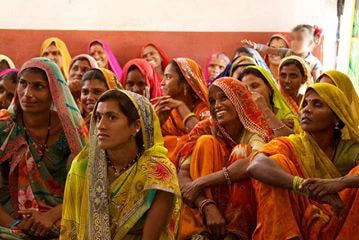 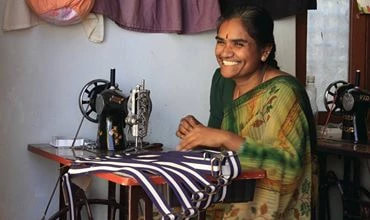 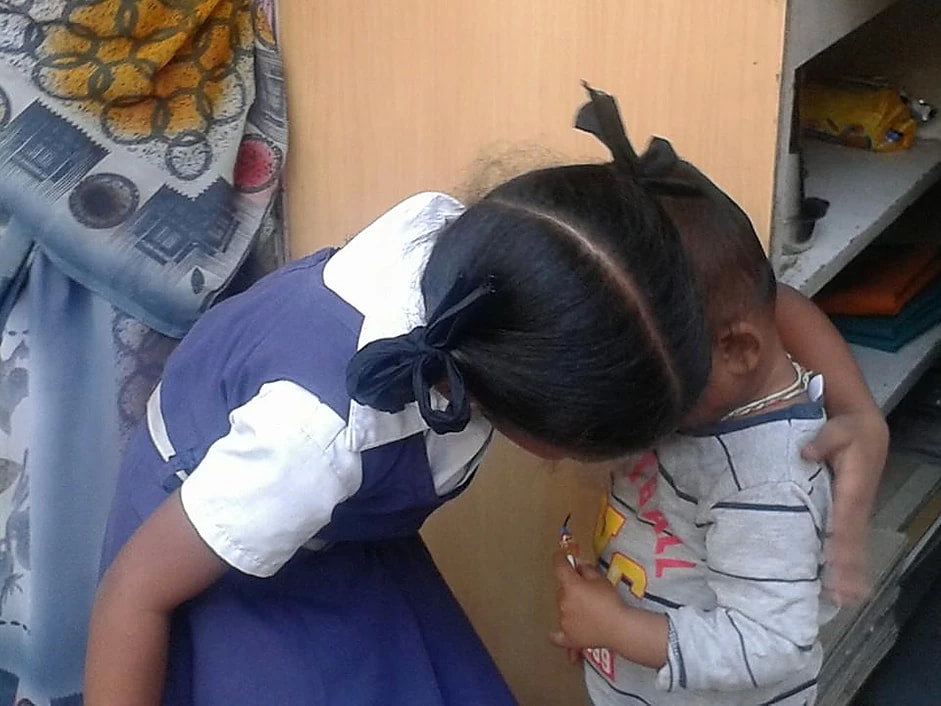 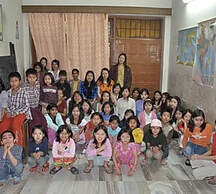 Many years ago I went to lunch with a friend who had attended a church I was pastoring.  He had a colourful resume, and had been a reporter for an international news organization, covering wars and violent places in the world.  He told me of a man he had connected with who was doing some exciting things.  The man was Indian, living in India, and had been a church planter with an international mission organization.  While in his assigned territory of Nepal he noticed something happening that drew his attention.  Without going into the details, he had stumbled upon the child sex slave trafficking that is prolific in that area.  He found that the slavers would come into a village and offer impoverished parents the equivalent of $300 US to purchase their daughters.  Poverty in Nepal is grinding, and the average wage for a hard working man is about $100 per year.  Three years wages offered all at once were irresistible, especially when coupled with a story that the girls would be taken to a major city in India, well cared for, given excellent education, food, clothing, and work as a domestic helper in a wealthy household...

Of course, the story was a lie, and as soon as they had the children out of sight, the brutalizing and abuse would begin.  It is called "seasoning."  The children would then be sold to locked brothels in major cities of India and South and Southeast Asia, to satisfy the lusts of pedophiles, including pedophiles traveling as sex tourists from European and North American cities and other Western nations. ​​
This man had been going into the brothels, populated by child prostitutes, and rescuing some of them. At risk of his life and limb, he would whisk the kids away, take them to a place of safety, and care for them. He rented some large homes in some major cities of India, brought in compassionate staff members, and cared for them. He provided teachers and education, medical care, trauma counseling and mostly genuine fatherly love and support. ​​​​​​​​​

As soon as I heard about this man, I determined to somehow connect with him, and help him do what he was doing. The opportunity finally came, and our new church began helping him with funding. As of this date (May 1, 2013) our congregation has facilitated the rescue of 137 of these precious children. They range in age from 5 years old up to 14 when rescued. They are happy, healthy, and well cared for. They have all been led to Jesus, have an active prayer and worship life, and are learning (among other things) the Bible. Several have now graduated out the top of the program, and have stepped into the world of adults. Some are in University, some have taken jobs at call centers (which is a prestigious job in India, as it indicates a great proficiency in English), and several have gone to Bible College and are now missionaries in their region, spreading the good news of Jesus.​​​​​​​​​​

To date, some 700 of these children have been rescued. Some of the stories of the rescues could be the fodder for Hollywood blockbuster movies. Recently my friend was accomplishing a rescue in a neighbouring country to India, and found himself running through jungle with 14 children in tow, while ​​​being shot at with live ammunition, the sex slave mafia trying to kill him. God was good, and they all escaped unharmed. ​​​​

I sit in my office in Vancouver daily and look out at the thousands of people hurrying by, going about their business, and I wonder. I wonder how many of them, even once in their lives, ever have the opportunity to rescue someone out of anything like the hell pits of the deadly children's brothels of South Asia, and to realize the profound gratitude that God has allowed the congregation of the Agape Life Center to so such things routinely. We invite you to come and join us as we change the world, one life at a time. Really.