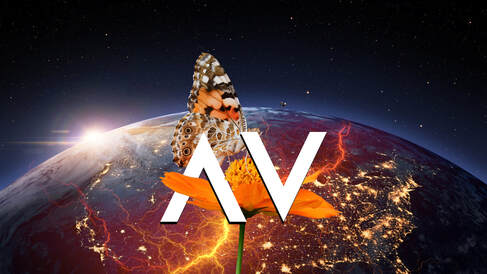 ​Blessings for the Hebrew Month of AV

It's Time to Roar and See God's Promises and Judgements Be Executed
1. It’s the month of the constellation of the lion, and therefore also the month the lion roars. The Lord, the Lion of Judah, is roaring for us (Joel 3:16) [1]. Psalm 149:6–7 explains that by warfare praise we actually “execute” or enable God’s judgments and promises to be carried out. It reads, “Let the high praises of God be in their mouth, and a two-edged sword in their hand, to execute vengeance on the nations, and punishments on the peoples.” Follow the Holy Spirit and His angels into joyful, exuberant praise—and even the prophetic act of roaring over yourself, your family, and your business. Watch the Lord’s latent promises begin to spring to life.

2. The month of the constellation of the lion. Psalm 19:1 states, “The heavens declare the glory of God.” We do well to remember Jesus is the Lion of Judah. As has been so well stated,  He is not a tame or domesticated lion. He is the Lord. He is mighty and in charge. Let your praise reflect that He is the mighty ruler over us and over everything concerning us.

3. The month of Simeon, which means “to hear; to be concerned.”  It is interesting that Mary Simon has just been approved by Queen Elizabeth II to be the first Indiginous Governor General of Canada.  This is an historic moment in history for Canada giving First Peoples a powerful voice in the land.  God wants us to walk with Him, to hear His voice and maneuver the angelic army over the land of Canada. The devil tries to make us go at it alone, which greatly reduces our effectiveness.  Our Prayer for Canada this month, in particular, is to pray for oneness and to weed out the tendency to ‘do it by myself’ instead of walking with God  and the people He has provided.  Be aware, too, that Simeon was a revenge seeker  (his sister Dinah was raped and he sought revenge)... break the power of revenge over our cities.  "Vengeance is mine" says the Lord.

4. The month that you decide on what you have heard. You need to make a decision. “Will I just hear what God has told me, or will I actually do it?” Be sure to meditate on what God is telling you so that it is integrated in you (1 Tim. 4:14) [3].

5. Av is called the “low-point month.” Historically, bad things have happened to Israel on the 9th of Av. A few examples follow. First, Av 8 (July 17) is when the ten spies gave a negative report, and Av 9 is when the people cried out and decided not to enter the Promised Land. Second, the first temple was destroyed by the Babylonians on Av 9 in 423 B.C. Third, the Romans destroyed the second temple on Av 9 in 69 A.D. Fourth, the Jews were ordered out of England on this date in 1290. Fifth, the Jews were expelled from Spain in 1492 on this same day. Sixth, even the Holocaust is connected in that the stage and conditions for WW2 were set in motion by WW1, which started when Germany declared war on Russia in 1914 on the 9th of Av.

The point isn’t to be fearful about this date (because Paul told us not to regard one day above another [Col. 2:16]) [4], but that we should take it as a reminder to be on guard as watchmen on the wall (Isa. 62:6) [5] Peter told us, “Be sober, be vigilant; because your adversary the devil walks about like a roaring lion, seeking whom he may devour” (1 Pet. 5:8). So let’s be watchful, but full of joy and praise.

6. Av is also known as the “high-point month” because of Av 15 (July 24), which is the day when the last Israelite of the old generation died in the wilderness. Thus, Israel was once again poised to enter the Promised Land. I feel the Lord wants us to see that we are at a great, great time of entering in.

7. The month of the Hebrew letter tet [ט], which resembles a womb. It is always right and scriptural to expect that God wants to birth things for you. Have high expectations.  You may feel squeezed on all sides as you push through as if in a birthing canal but be assured God is birthing something new in you.  Sing O barren woman...lengthen your cords and strengthen your stakes for you will spread out to the right and to the left...  Get ready to push through.

8. The month where God destroys so that He can reconstruct. Ask the Lord to destroy the old foundations and structures that are hindering you and the moves of God from advancing.

9. The month where the earth begins to contract. Watch for earthquakes. The secret of the pregnancy begins to move into the earth realm. When you hear of earthquakes, know that God is getting ready to birth something.

10. The month that also means “there is an iniquity.” However, we do not need to not let it continue. You must change for the better, or you will gradually get worse. Pray, “Lord, show me my iniquities so that they can be uprooted.” Declare, “Lord, I am changing for the better. Thank you that by the Holy Spirit I can change.”

11. The month where the kingdom advances through partnership. Be very aware of your partnerships. Watch them. This is more than just connections. Be supportive of the partnerships God has given you.

12. The month of predestined connections. God has connections preordained for you that will manifest and will really help you to move ahead. As we align ourselves with those whom God brings, then we will also be in alignment with the angels, and our way will be easier.

13. The month to develop new levels of discernment, or you will unwittingly oppose God’s counsel and advice. Note Psalm 32. He takes hold of the reins . There should be no resisting to the leading of the Holy Spirit. Again, I recommend meditating on what God has spoken or shown. As we do so, we will see an increase of His wisdom in us, as well as an increase in discernment.

This material comes from a series of lectures [on CD] given by Chuck Pierce [Glory of Zion].

[5] “I post watchmen on your walls, O Jerusalem; they should keep praying all day and all night. You who pray to the Lord, don’t be silent!” (Isa. 62:6).​
Weekly Torah Portion Reading